Captain King worked his way through multiple assignments, including Patrol, the Special Enforcement Unit, and SWAT, before he promoted to detective and was assigned to the Robbery-Homicide Detail. He promoted to Sergeant in 2015 and took assignments supervising Patrol, the Special Enforcement Unit, the Violent Criminal Apprehension Team, and the Robbery-Homicide Detail. Captain King promoted to Lieutenant in 2020 and worked as a Watch Commander on Patrol before moving to a position managing the Special Operations Group. Captain King promoted to his current rank in 2022 and was selected to command the Field Services Division.

Captain King possesses a bachelor’s degree in business and a master’s degree in emergency management. Additionally, he is a graduate of the California Association of Tactical Officers Strategic Leadership Program and the Leadership Bakersfield Class of 2022. He enjoys getting out in our community, and activities such as hiking, scuba diving, hockey, and fishing with friends. 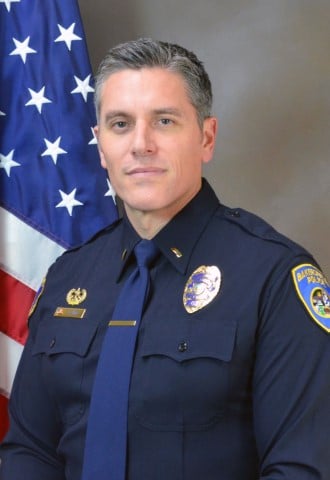